Barrel-proof Wheater from the BTAC 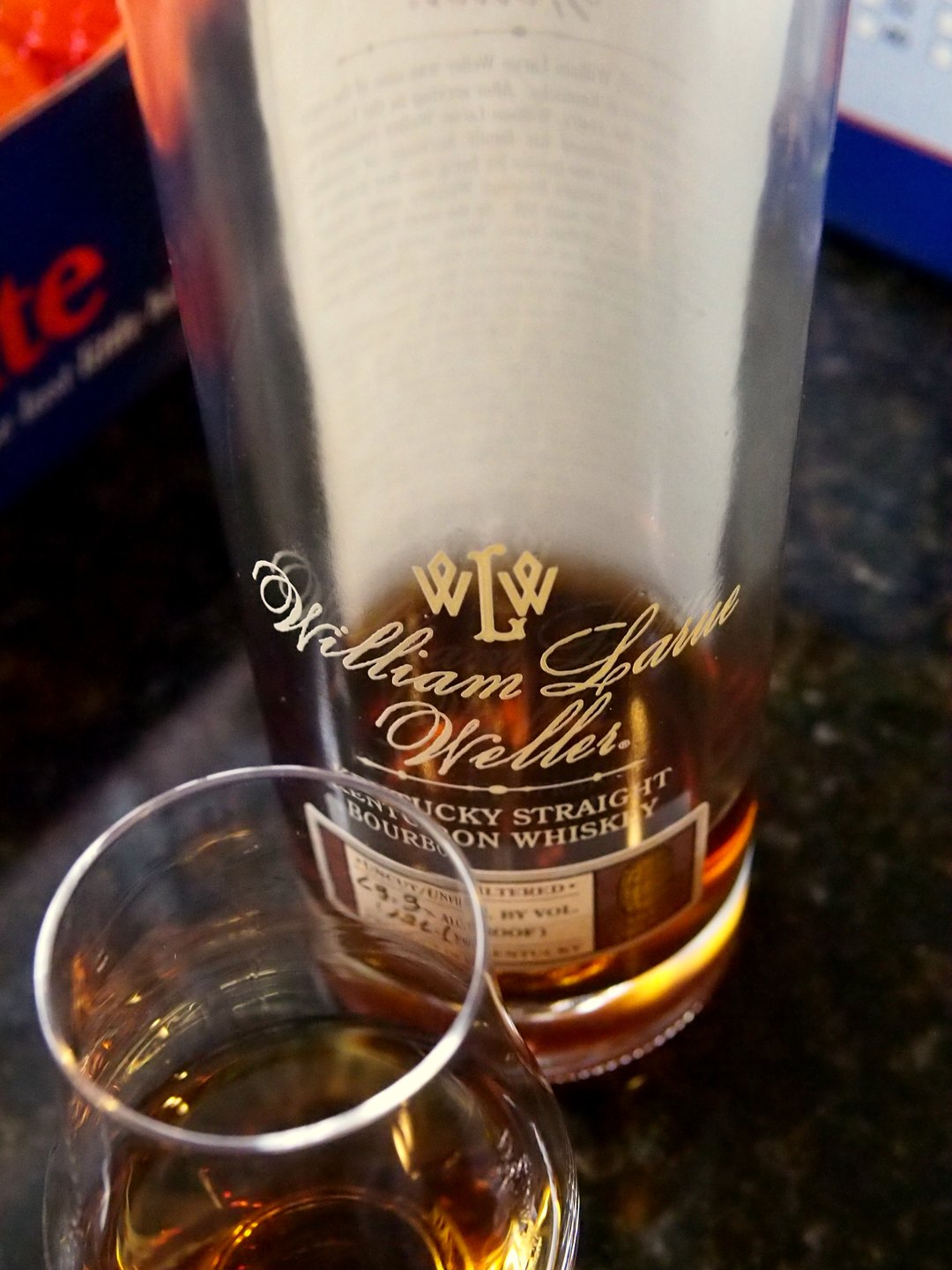 So, I got a few heated responses both here and on Reddit to my suggestion that BTAC should simplify their wheater lineup. Let me clarify for a moment before I begin this review. I either very much like or totally love every bourbon from the last post. However, I think there is some redundancy and unless BT ramps up their production of wheated bourbon, I would rather make Sophie's choices than never be able to find what I want.

One of the bourbons whose role I found unclear was the Willam Larue Weller. Willy occupies one of the coveted spots in BT's Antique Collection, which has three extra aged whiskies: Sazerac 18, Eagle Rare 17 and George T. Stagg (NAS but usually around 17 years old). The collection also has 3 barrel proof offerings: Thomas Handy Sazerac, George T. Stagg (serving double duty here) and William Larue Weller. Why the 6 year old Handy is in the "antique" collection I am not sure. The Willy Larue is itself usually only 11-12 years old, so it's not exactly long in the tooth either. The reason that I found the WLW potentially redundant is that it appears to be Weller 12 at barrel proof: that's  18.3% more alcohol for 2.4 times the price, which seems poor QPR, unless you really like to drink your bourbon at it's full 126.6 proof (some do). The question really, is whether Willy can offer something more than Weller 12 at drinkable proof. The answer, of course, will depend on what proof you find drinkable. I don't like to drink barrel proof very often: the intensity of flavor is great but I find drinking responsible amounts to go too quickly, and I just can't imagine it's healthy. So here's some tasting:

Full Proof 126.6 proof 2010 release William Larue Weller
This is really great, but the alcohol is just too much; Maybe the 2012 will fare better.

Watered to 100 proof
Using a digital scale, I watered the Willy down to 100 proof with highly filtered water. After it settled down:
Overall I really like the 100 proof WLW; It could stand a bit of rounding out, however, as I still find it surprisingly harsh compared to the similarly aged, but higher proof Old Rip.

Watered to 90 proof
As a final test, I watered this down to Weller 12's 90 proof.
At this proof the nose suffers, if only by becoming less intense. The palate actually becomes sweeter and feels fuller bodied, but otherwise is just a less intense, but still nice, version of the 100. The finish again is similar, if milder.

By way of comparison, I brought out the Weller 12 to compare to the 90 proof WLW (see my prior post for a full review of the Weller 12).
Verdict
This is a very singular barrel-proof wheater. It is very complex and well-made but unfortuately a bit too much to take straight as the complexity and pleasing flavors are overwhelmed by alcohol (in a way that is not the case with Stagg, which I will drink straight). Watered to 100 proof it is, I think, my favorite expression of Weller and is significantly better than the Weller 12. Watering it down to 90 does it no favors. At 90, however, it is not identical to the Weller 12 however, and I can think of a few reasons:
Overall, I like this and will continue to enjoy the bottles of these I have. I am still not sure that when I can get bourbons like Stagg that do barrel-proof better, and Pappy 15/107 that does wheater better, that I will buy much more of this. Maybe the 2012's I have will be better, but for now if I want to spend close to $100 (after taxes and the inevitable gouging) on a bottle of bourbon, I will have PVW or GTS.  If I want to drink a 12 year old wheater, I'll have Weller 12 for $25. For now, I have a not unlimited budget for this stuff and I will spend it as wisely as possible, which means no high-end whiskey that I don't absolutely love. If they were to age WLW a few more years, on the other hand, I think I might be able to get into some trouble.

Posted by Ryan Connolly at 8:02 PM