Battle of the 12 year-old Wheaters 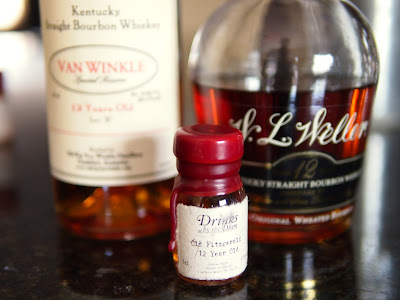 The next in our series of wheated bourbon reviews will be a blinded tasting with three arms:
I think 12 years old is an awkward time. All the girls had braces or suspiciously older boyfriends, and all us guys had unreliable voices, inexplicable hairs and periodic inabilities to rise from our seats when class ended. The main task of adolescence, if we are to believe the influential psychiatrist Erik Erikson is to solve the problem of fidelity: the conflict between identity and role confusion. I think this is actually rather apt with American whiskies: is this a $20 bottle for enjoying without thinking too hard about, or a $100 special-occasion bottle that merits a bit of respect and contemplation? Like humans, there are charming and lovely 6-8 year-old bourbons, and some grow up to be fascinating and engaging adults, but the tweens are sometimes awkward. Oak where there was no oak before, funny feelings in the tannins etc. Anyway...
These bourbons, as discussed in a previous post , are 12 year-old, 90 proof,  wheated mashbill bourbons. The Weller 12 is produced at Buffalo Trace, as is the Van Winkle, though the Lot B may still have some proportion of Bernheim juice; it's hard to be sure. The VSOF is currently all Bernhiem, made by Heaven Hill. One major difference between these is availability. Welller 12 and VSOF are not extensively distributed, but usually a few minutes googling and maybe some negotiation with friends or relatives in shipping states can usually get you one. Lot B used to hang around longer than it does, but now evaporates just after the Pappy, usually as an expensive consolation prize. Which brings up the second point: when you can find it at list price, the Lot B is $60; the W12 is about $25. Is the Lot B better? Is it more than twice as good? Is it worth it for the je ne sais quoi that has the David Changs and Tony Bourdains constantly going apeshit? And what of the VSOF? a 12 year-old wheater for half the price of Van Winkle that no one ever seems to talk about?

The VSOF pictured is a sample bought from Master of Malt, whose "drinks by the dram" sample program is just incredible and in sore need of replication this side of the pond. Such samples are likely to crop up from time to time on this blog as it is all self-funded, and I can't/should not finish bottles fast enough to keep delivering content, and I don't hate money.

Tasted blind, using the same method as previously I found the following: 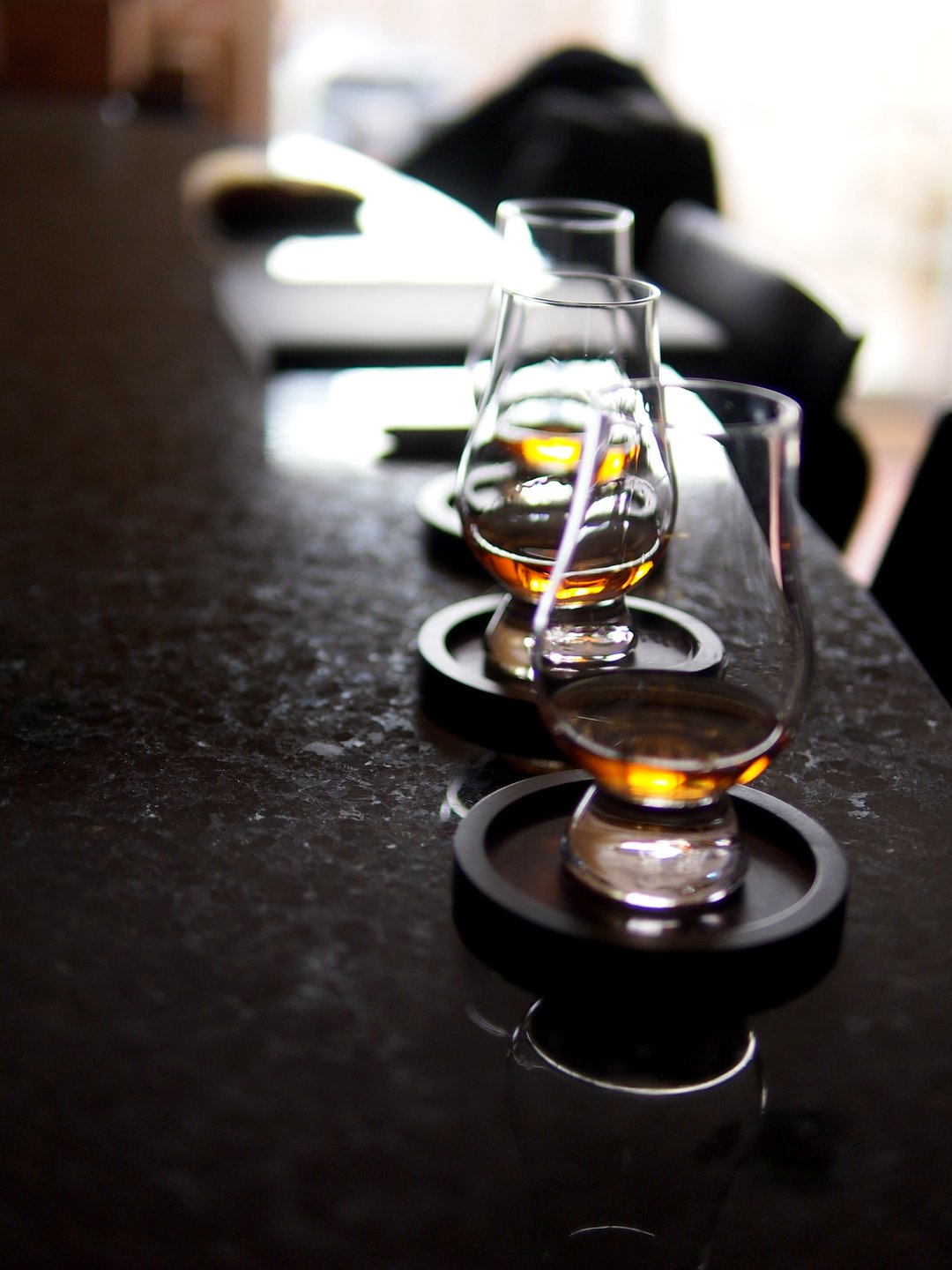 Bourbon 1:
Nose has butter (diacetyl), popcorn, cereal grains, vanilla (most like cake frosting), acetone and dry wood that reminds me of an attic. The palate is medium weight, dry, and hotter than I would like. I notice vanilla, caramel, grain, oranges (and their rinds) and there is a definite bitterness that detracts from an otherwise simple but pleasant palate. The finish starts well with grains and sweetness but trails into faint bitterness. I guessed (correctly) Lot B.

Bourbon 2:
This nose is very different. Menthol/eucalyptus is here in a small but unmistakably amount that I have found in a number of HH products. The nose also has notes of butterscotch, vanilla and (oddly) what I identify from a childhood memory as gummy worms. The palate is heavier and very smooth; the alcohol is very nicely tamed. Also on the palate, I get banana nut muffins, faint citrus and a touch of pine. The finish is simple and warming, leaving finally with mint. This was obviously not a BT wheater, so I guessed (correctly) VSOF.

Bourbon 3:
This nose was obviously similar to #1, but with more dried wheat and less acetone and butter. The nose also brought Crème brûlée. The palate, compared to #1 was sweeter and not as hot. It was lighter than #2. Overall it had a nice balance of caramel, vanilla and toffee notes and tasted "bright" overall. The finish was quick, but clean. I guessed Weller 12, mainly in the hope that I liked Mr. $25 better than Van Winkle.

The first thing I learned is that I am not insane and can discriminate between drinks. Second, despite the "gummy worm" issue and thrashing OF products get from many reviewers, I actually quite like the VSOF and will get more. As for the BT stablemates: I think I may be finished with Lot B. I will continue to buy it for gifts as many seem to love it (but would they love it without the magical Van Winkle name on the bottle?), but for myself I will either go with the 10/107 ($40 and awesome) or PVW15 ($100 and classic). The most stunning thing, which I suspected but am glad I confirmed blindly, was how much I enjoyed the Weller 12, a $25 bourbon, which I continue to think is one of the best values in the bourbon world.

To be clear: all of these were very nice drinks that I will happily enjoy in the future. Further, in a world where the buy-in for serious scotch and wine is rapidly nearing the 3 digits (and the latter only lasts for a night) I would even go so far as to say they are all bargains. However, I liked this Weller 12 better than the Lot B, and not just for the price.

Next, we will find out if spending even more money on a bottle of brown liquor gets you anything...