Children of the Wheat 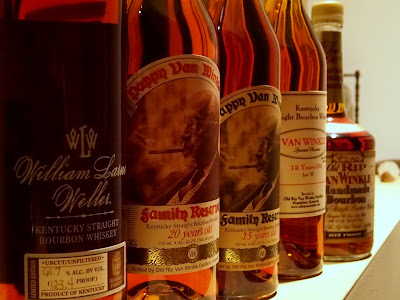 S-W Bourbons and Their Descendants

The proportion of bourbon articles in the last few months mentioning either Maker's "new Coke" manuver or Pappy Van Winkle's elusive awesomeness makes me think a discussion of wheaters is in order.

A traditional bourbon is, at its heart, a spirit made from corn, with a touch of barley added for its enzymes to aid fermentation. Most bourbons have rye grain added to this mashbill to add flavor: tradionally around 15%, but up to 35% in the case of "high-rye" bourbons, such as Four Roses. "Wheaters" use wheat instead of rye for the flavoring grain (typically around 75:15:10). A story has been around for years that this began with Bill Samuels baking a bunch of bread of different recipes, not having had time to distill and age different mashbills, and liked the wheat recipe the best, thus the Maker's mashbill was born. This story is almost certainly pure bullshit, as the mashbill, and much other initial assistance was given to him by Julian "Pappy" Van Winkle, Sr., in the 1950s.

The real history of wheated bourbon is an interesting and slightly incestuous one. The best illustration of this is to behold a bottle of my favorite wheater, Pappy Van Winkle Family Reserve 15 year-old bourbon. Depending on when the bottle was released it will be composed of up to 3 different wheated bourbons: those from Buffalo Trace (current producers of all new bourbon to be bottled as Van Winkle), The New Bernheim Distillery in Louisville and the (soon to reopen?) Stitzel-Weller distillery (read more about this on John Hansell's blog). The latter is the spiritual home of wheated bourbon.

Van Winkle and Weller
Julian "Pappy" Van Winkle, Sr. got his start  as a salesman for W.L. Weller & Sons, a Kentucky liquor wholesaler in 1893, at the age of 18. in 1908, he and another salesman bought the company and, in 1910, they acquired the A. Ph. Stizel Distillery, that had been supplying the Weller firm with much of its whiskey. Old Rip Van Winkle was one of their few surviving brands produced prior to prohibition. After prohibition, the famous Stizel-Weller plant (DSP-KY-16) opened near Louisville, Kentucky in 1935 and produced a number of famous, wheated bourbon lines including Cabin Still, W.L. Weller, Old Fitzgerald, and Rebel Yell. The ORVW line was not reintroduced until 1972, after the sale of the distillery. After 1972, Pappy's son (briefly) and granson, Julian III, took over operations, selling the now-familiar Van Winkle line of wheated bourbons, mainly from S-W stock, though apparently stocks from Bernheim were also used at times. These currently include:
In 2002, the Old Rip Van Winkle Distillery Company entered a partnership with the Sazerac Company to have their products distilled and bottled at Buffalo Trace. While, as noted above, the older products in this line contain spirit from other distilleries, eventually the plan is for them all to be made at BT. BT has been making wheated bourbon in earnest since 1999. 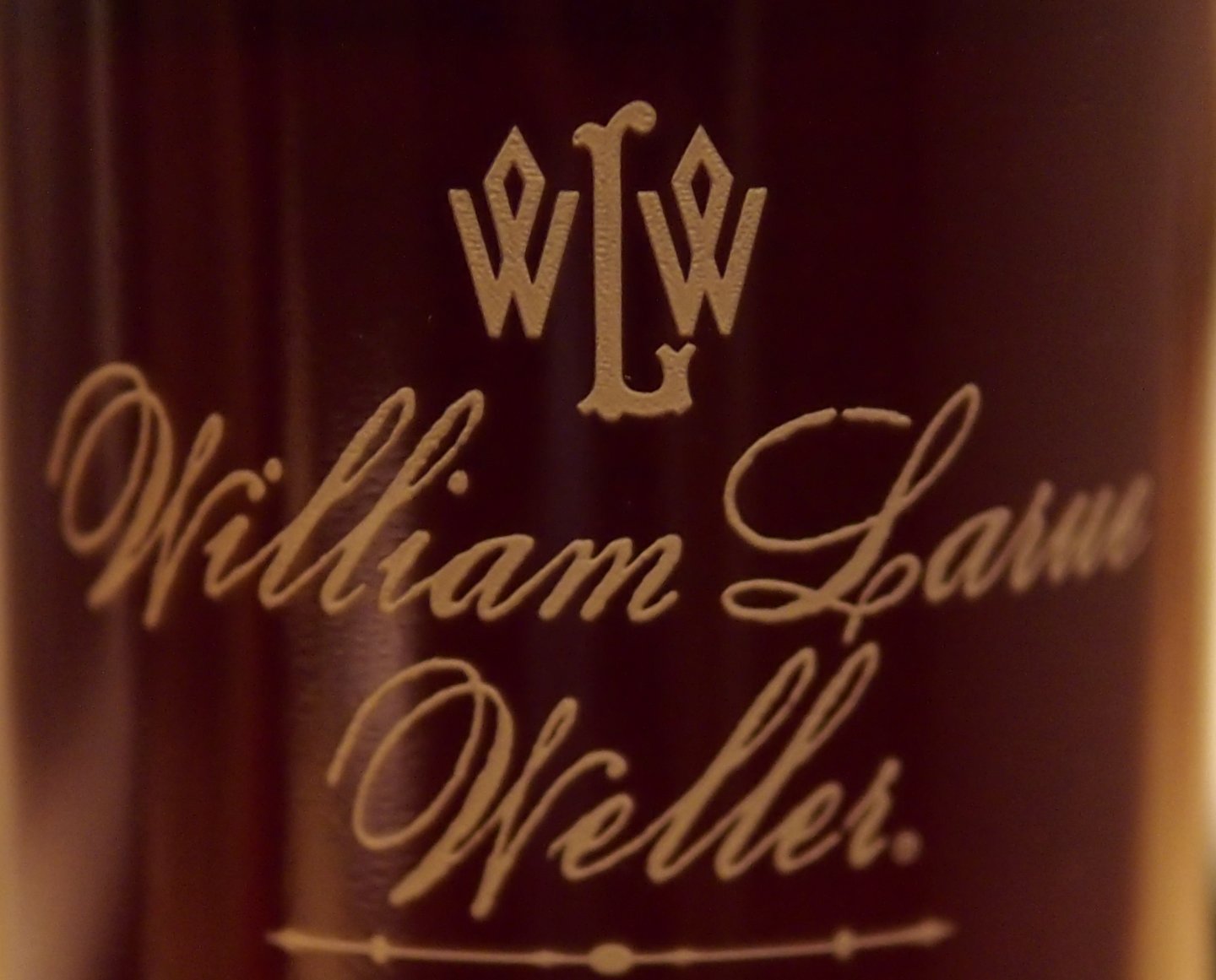 In addition to the VW bourbons, buffalo trace also produces the Weller line, which was briefly also produced by the Bernheim distillery after the closure of S-W. This line currently includes
Finally, though sold by an independent bottler,  McLain & Kyne, the current Jefferson's Presidential Select 18 year old contains wheated bourbon produced at Stizel-Weller.

Historically, there have been 2 Bernheim Distilleries, which causes some confusion. The orginal Bernheim distillery was previously known as the Pleasure Ridge Park Distillery until I.W. Bernheim, his brother Bernard, and a partner, Nathan Uri bought it and renamed it the Bernheim Distillery Co. Their aim was to make an elite bourbon brand, I.W. Harper, which they continued to make through prohibition (as a medicinal whiskey). They sold the business to the Schenley Distilling company in 1937. This distillery, would eventually produce the Cream of Kentucky Rye featured in the Van Winkle Family Reserve and Sazerac 18 rye whiskeys. This distillery was demolished in 1992.

The "new" Bernheim distillery was built in Louisville Kentucky by United Distillers in 1992 as a replacement for the S-W plant. This was sold after UD became Diageo (after a series of mergers) to Heaven Hill in 1999. This served HH as their main distillery (DSP-KY-1) after the previous Heaven Hill Distillery (DSP-KY-31) was destroyed in a fire in 1996 and is the current site of production for Heaven Hill wheated (and other) bourbons. After the fire, but before the purchase, HH had their bourbon made Brown-Forman and Jim Beam. (Thanks to Eric, in the comments, for helping to clear some of this up).

Wheated Bourbons produced at Bernheim but not sold by Heaven Hill include:
*It is also nearly impossible to determine whether a bottle of the latter 2 is a wheater until you open and taste it.

As discussed, a stock of wheated bourbon made at the new Bernheim distillery from 1992-1999 was sold to the Sazerac company in 1999 and has featured in a number of Van Winkle Products. This is the distillate also used for the Weller line until the brand was assumed by Buffalo trace. Since then, Heaven Hill has continued to make wheated bourbons, which currently include:

Heaven Hill now also produces Cabin Still, historically a S-W wheated bourbon brand, but no longer uses a wheat mashbill for the product. Rebel Yell was sold by Heaven Hill to Luxco who now sell it as an 80 proof wheated bourbon thought to be sourced from HH.

In the coming weeks, we will excitedly shift our attention to these wheated bourbons, having spent a while on the rye side of the spectrum (lovely as rye is). There's a lot of Van Winkle and Willy Larue to taste, there's an examination of the effects of air on wheated bourbon (I suspect significant, but we will examine this in scientific fashion), and we will also include at least one wheater in our forthcoming, blinded bottom-shelf throwdown, and I'm sure you can guess which one.

Posted by Ryan Connolly at 6:09 PM