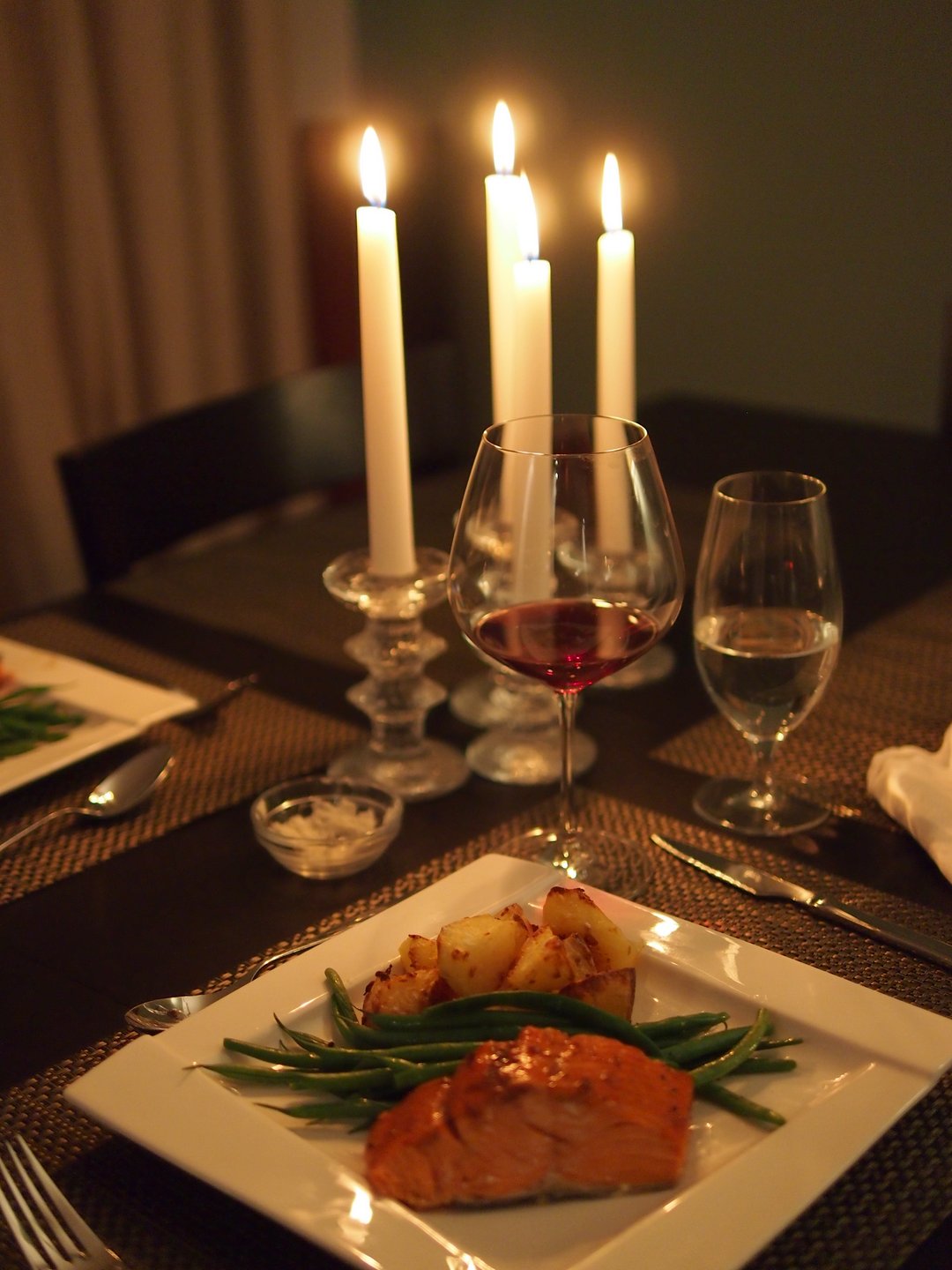 Knowing that I've been blogging about whiskey lately, my wife requested salmon with a bourbon glaze for our belated Valentine's dinner. The recipe I recommend is this one, though I like to use a shallot instead of garlic. I used Eagle Rare and it turned out wonderfully; usually I use whatever bottle I'm trying to kill. Along with the salmon were what we call "floor potatoes" as they are so good that when I once dropped them on the floor we decided they were too good not to eat anyway. They are a Heston Blumenthal recipe, and if you actually go through all of this, you will also be willing to eat them off the floor. Luckily, this was not necessary last night.

After dinner, another request by Mrs. Whiskey Obsessive, was bourbon pudding. First had at 1833, my reverse-engineered version was based on this recipe, with the exception that I substituted 1/2 cup of the milk with extra bourbon (Buffalo Trace), and another 1/2 cup of milk with cream to make up the difference in fat. 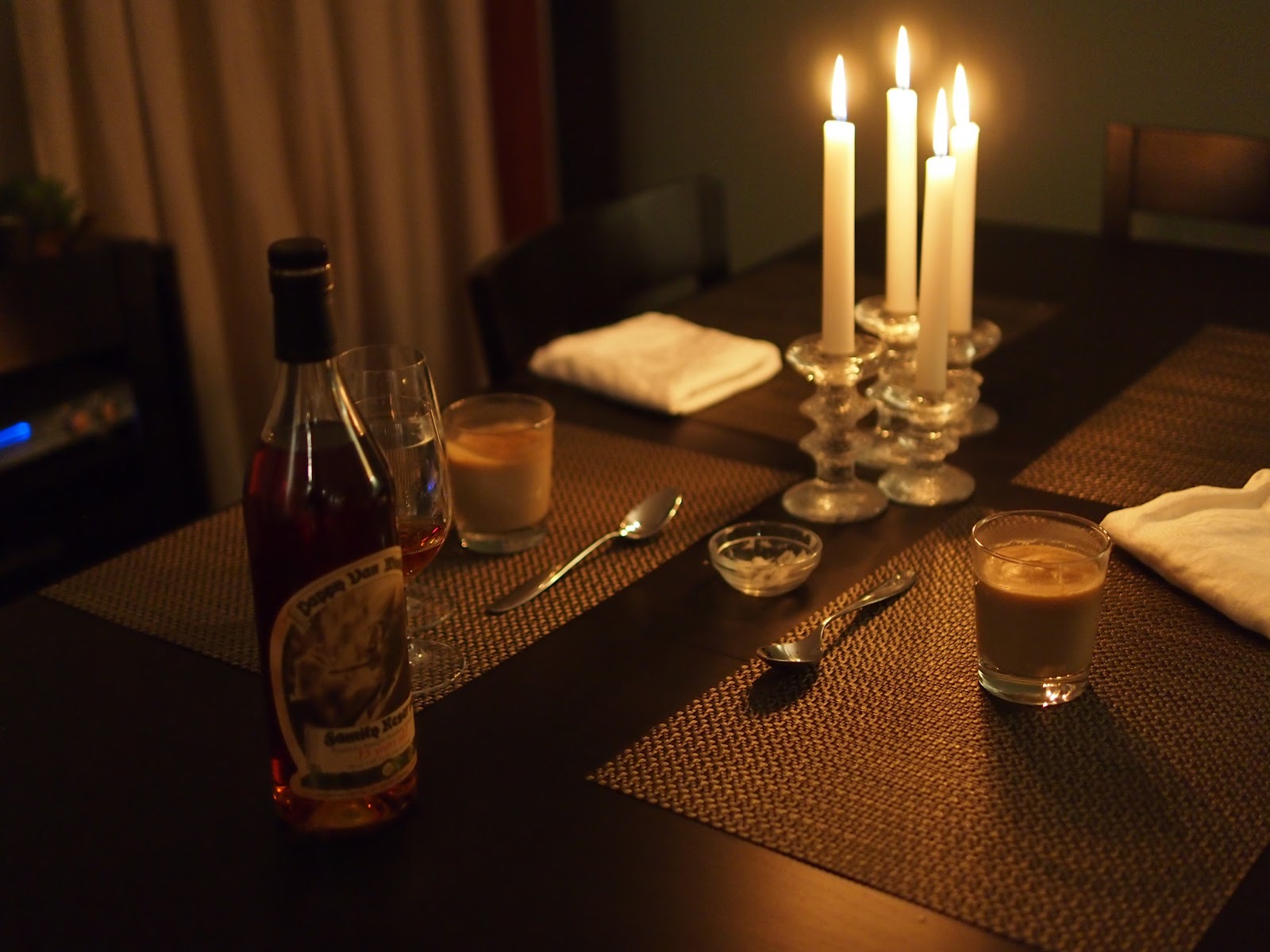 And, since it was a special occasion, I decided to get a preview on my upcoming wheater series with PVW 15, which I hear is pretty popular:)
Posted by Ryan Connolly at 9:48 PM